In my philosophy class in USM, my teacher has been expounding the concept of universals, in particular Plato’s theory of Ideas.

The problem with the presentation is the usage of the word “ideas”; while we have come to understand an idea as a thought in the  mind, Plato meant for it to be something outside the realm of space and time (including the mind) (see for example, Plato’s Dialogues Phaedo, Phaedrus, Timaeus and Cratylus).

One of the way our teacher formulated this discussion is the question posed by Socrates (presumably against Heraclitus?) that

“if the very nature of knowledge changes, at the time when the change occurs there will be no knowledge, and, according to this view, there will be no one to know and nothing to be known: but if that which knows and that which is known exist ever, and the beautiful and the good and every other thing also exist, then I do not think that they can resemble a process of flux, as we were just now supposing” (Cratylus, Plato)

To put it simply, if things in this world keep changing, then our knowledge of them has to change, then it is impossible to have really “know” something because by then, it changes. But to say that nothing changes is also problematic because we know from experience that changes occur.

Therefore, Plato/Socrates proposed that while the physical and specific things change (grow old, lose energy, movements etc), there are certain things which do not change, and they are the Forms. For example, while James and John are specifics and may differ from one another, they are united in being in the form of Human Being. Human Being being the “universal” form of the specific James, John and Judy, does not change but rather is the perfect and if perfect, therefore unchangeable (does not require addition or subtraction) Form of which James, John and Judy are but copies.

The theory of Ideas/Forms is Plato’s solution to the problem of universals. This refer to the question whether universals or rather attributes related to universals such as Human, Flower, Beauty, Good, exist apart from the specifics James, John and Judy and rose, hibiscus, orchid and tulip.

For Plato, universals exist and they are called Form. Where then do they exist? We really cannot know beyond the negation of where they are, i.e. where they are not.

“It is not anywhere in another thing, as in an animal, or in earth, or in heaven, or in anything else, but itself by itself with itself” (Symposium, Plato)

While I agree with Plato that we think and operate in universal terms, I disagree with his solution in proposing the theory of Ideas/Forms. I believe universals or general attributes are agreement in language rather than referring to objective things. One way to imagine this is to think about taxonomic categorizations, i.e the biological categorizations of things into  types, eg. order, genus, species. This categorization is an agreement achieved by the scientific community to identify different things in nature according to some kind of traits and characteristics. But do they really exist? Can we say that beyond its usage, there are such things as “species” and “genus”? I believe the answer is no.

The same can be said for the so-called “universals” such as human, flower and beauty. Do they exist beyond agreement in their usage in language? I would say no, but are they therefore meaningless? I do not think so.

Universals seemed to be the result of the natural instinct of our brain to self-organize and grasp coherence and unity.[1] I believe such instinct is necessary for our survival in two ways, firstly without what I call “subjective perception of self”, that is, the continuous awareness of the unity of our self that we are a single entity of self and not multiple or even non-existent, we will fall into one of the neurosis such as schizophrenia or Cotard Delusion.

Secondly, without the “objective perception of life”, or the grasps of life as making sense or rather that there is some sort of expectedness in life, then we will fall into despair and in more serious case, attempt to end such senseless existence by suicide. In fact, the latter is observed by philosophers such as Camus and Kierkegaard as one of the choice when faced with absurdity of life.

Hence, the phenomenon of universals is due to our natural instinct to organize and our language played along. They are not meaningless, just as our natural instinct to organize is not meaningless because without which, we will not be able to live a normal life. But in and of themselves, universals do not have a separate existence.

In fact, we cannot take for granted that our conception of “book” or “chair” is universal. Because when someone say “book”, my book could be an open book and yours a closed one.

And if I sit on a table, will it becomes a chair? Or if I place my books on a chair it becomes a table? Is there a universal “chairness”? Or do we agree to use the word “chair” in our language to refer to certain things?

Or if I go to an isolated tribal community, and I saw something which have the appearance of a sitting facility, will I be over presumptuous if sit without first asking? Only when I am told this is for sitting, then I match such object to my understanding of a chair and perceived it as a chair. Because if not, I may actually sit on a sacred altar and risk being punished to death by drinking some poisonous herbal concoction. 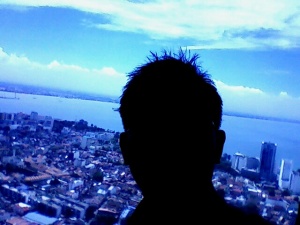 [1] see Gestalt psychology. Also, on the discussion of the illusion of unity in the brain, see Steven Pinker (2009), How the Mind Works, WW Norton & Company

Where does Wittgenstein come in here? Next post perhaps, but I suspect it lies somewhere between his conception of meaning of words in their use (Philosophical Investigation, PI #43) and the understanding of game (PI #66) and family resemblance (e.g. PI, #66 – 68).